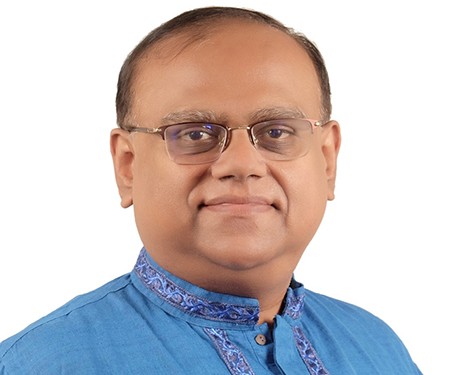 
Dr. M Mannan born in 1970 in Dhaka, Bangladesh. Studied at University Laboratory School and College, Dhaka and passed SSC and HSC from there. He went to Hungary with government scholarship to study Medicine at Semmelweis Medical University, Budapest. After graduation and internship from Semmelweis Medical University he returns Bangladesh in 1998 and started his postgraduate training in Bangladesh. He had his training in Internal Medicine and Neurology and also worked as a Neurologist for 5 years before got a fellowship in Epilepsy as a HSDP Fellow at National Neuroscience Institute, Singapore for 2003-2004. Dr. Mannan had done his Diploma in Clinical Neurology at National Institute of Neurology, Queens Square, London, UK in 2005. Worked as the Head of Medical Division and Consultant Neurologist at Centre for Rehabilitation of the Paralyzed (CRP), Dhaka Bangladesh from 2006-2009. Join Bangabandhu Sheikh Mujib Medical University (BSMMU) as Consultant Neurologist at Department of Neurology and as Training Coordinator at Centre for Neurodevelopment and Autism in Children (CNAC) in 2009. CNAC became the Institute of Paediatric Neurodisorder and Autism (IPNA), BSMMU on 2015. At present he is the Secretary General of Bangladesh Epilepsy Foundation, Epilepsy Association of Bangladesh and the South East Asian Commission for Epilepsy of The International Bureau for Epilepsy (IBE). He is also member of the executive board of the Society of Neurologist of Bangladesh. He is also the Council Member of the Asia Pacific Stroke Organization (APSO). He is the founder member and Board of Trustees member of Shuchona Foundation. He is also working as the Managing Director and Senior Consultant Neurologist of Neurology Foundation Hospital, Dhaka since 1999. His contribution in the field of Epilepsy and Stroke is well known nationally and internationally.