28 September 2017 Safe abortions are those which are performed in accordance with WHO guidelines and standards, thus ensuring that the risk of severe complications is minimal. When girls and women do not have access to sexual and reproductive health services and information, including contraception and safe abortion care, they are at risk of unsafe abortion – which can put their lives and well-being at risk.

According to a new study published in The Lancet, by authors from the WHO Department of Reproductive Health and Research, including HRP, and the Guttmacher Institute, an estimated 25 million (or 45%), of all abortions that occurred every year worldwide between 2010 to 2014 were unsafe. The majority (97%) of unsafe abortions, occured in developing countries in Asia, Africa, and Latin America.

The new study classifies abortions as ‘safe’, ‘less safe’ and ‘least safe’. Approximately 55% of all abortions from 2010 to 2014 were safe or performed by a trained health worker using a WHO-recommended method appropriate to the pregnancy duration, such as vacuum aspiration.

More than 30% of abortions were ‘less safe’, meaning they were provided by a trained provider using an unsafe method (such as sharp curettage), or using a safe method (like misoprostol tablets) but without appropriate information or support from a trained person.

About 14% of abortions were ‘least safe’, meaning they were provided by untrained persons using dangerous methods, such as introduction of foreign objects and use of herbal concoctions. This means that taken together, 45% of all abortions worldwide were unsafe. Deaths from abortion (case fatality rates) were high in regions where most abortion happened in the least safe circumstances.

The newly published evidence shows that in countries where abortion is completely banned or allowed only to save the women’s life or her physical health, only 1 in 4 abortions were safe – whereas in countries where abortion is legal on broader grounds nearly 9 in 10 abortions were safe. A previously published paper shows that there is no evidence to suggest that restrictive laws lower the rate of abortion incidence (1).

The majority of safe abortions took place in developed countries in Northern Europe and North America, which also have some of the lowest abortion incidence rates. Most of these countries also have relatively permissive laws on abortion, high contraceptive use, high economic development, high levels of gender equality and good-quality health services.

Among developing regions, the proportion of abortions that were safe in Eastern Asia (including China) was similar to developed regions. In south-central Asia, however, less than 1 in 2 abortions were safe. Outside of Southern Africa, less than 1 in 4 abortions in Africa were safe. Of those unsafe abortions, the majority were characterized as “least safe.” Many health facilities and health workers in the region are also unable to adequately treat the complications that occur from unsafe abortion.

In Latin America only 1 in 4 abortions were safe, but the majority were categorized as ‘less safe’, as it is common for women in the region to use misoprostol outside of formal health systems rather than dangerous traditional methods. The region also has better developed health systems to treat complications when they occur.

Unsafe abortions can be prevented by ensuring that women and girls are able to prevent unintended pregnancies, by having access to comprehensive sexuality education, as well as a choice of effective and affordable modern contraceptive methods, including emergency contraception. Crucially, countries need also to ensure that women and girls have access to safe, legal abortion and post-abortion care.

Provision of safe, legal abortion is essential to fulfilling the global commitment to the Sustainable Development Goal of universal access to sexual and reproductive health. WHO provides global technical and policy guidance on the use of contraception to prevent unintended pregnancy, safe abortion, and treatment of complications from unsafe abortion. 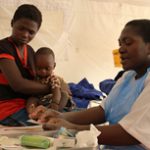 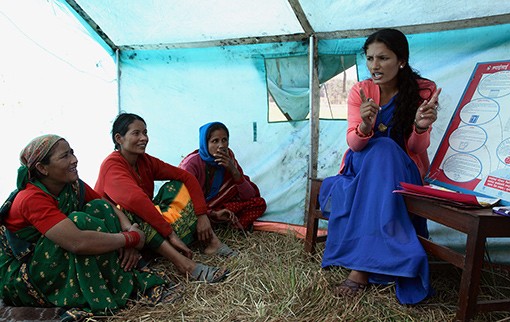 Increasing transparency of abortion laws and policies: launch of a new online database